An economy is just a business way of saying how a country organises its money and businesses. Some countries in the world like to control everything and own all of the businesses. Whereas some countries prefer not to get involved too much and just let businesses get on with it.

The Public and Private Sector

Before we move on to the types economies that exist, it's important to know that most organisations fall into either the Public Sector or the Private Sector. 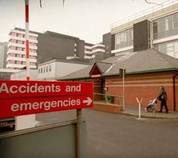 Public Sector organisations are owned by the government of a country. They are for the benefit of the general public (and paid for by the taxes that the public pay), so that's how they get their name.

Schools, Hospitals, The Police, The Army and Libraries are all part of the Public Sector. Public Sector organisations tend to be free, or if they do charge it's normally just a small amount to pay for the general upkeep of the place, like when you go to the swimming baths.

Private Sector organisations are businesses that are normally out to make a profit. They are owned by individuals like me and you, or by groups of people called partners or shareholders.

All of the big shops that you can think of, like Tesco, Morrison's, Top Shop, Primark & JD are all in the Private Sector. Even most of the small ones are too, like Newsagents and Chip Shops. Oh, and people like plumbers and electricians. Loads in fact. Remember PPPPrivate.....PPPProfit! 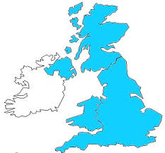 Some countries prefer to do things differently to us in the U.K. For example, in North Korea and Cuba, the government provide almost everything for their people.

So, everybody has a job and a house. Everybody is paid the same amount. Everybody wears the same clothes (well, almost). But their is very little choice. There are no Tesco shops, or JD Sports. You only get given what the government sell in their own shops. Imagine that - no Adidias or NIke!

Because the government plan everything, we say these countries have a Planned Economy (or sometimes it is called a Command Economy).

Some countries, such as the USA, go totally the other way. In these countries the government prefer not to get involved too much and let private sector businesses just get on with it. If you have a business idea that is legal, then go and make some money from it!
The government do provide basic services, like hospitals, but they are normally low quality compared to what you can get if you pay for it. These type of countries have a Free Market Economy.
The Business Framework