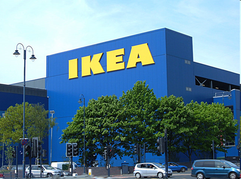 When a business moves into an area there are some good things to come out of it and also some bad things.

The table below shows the social costs and benefits of IKEA moving in to Ashton.

FC United of Manchester is a football club that was set up in 2005. For the first few years, they played at Bury's ground, but they wanted to build there own in Moston, North Manchester. Some local people loved the idea of the Social Benefits that it would bring. But some people hated the Social Costs that would happen. 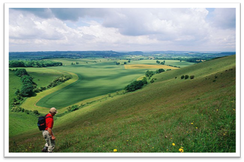 One of the big complaints was that FC United were building their ground on a Greenfield site. These are grassy areas that have not previously been built on. Some people don't like this as it takes part of the countryside away. 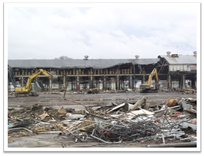 It may have been better if FC United had built their new ground on a Brownfield site, as this would make the area look better. A Brownfield site is often disused or derelict land, sometimes where a building has previously been pulled down, like the Oldham Batteries site. It could cost money to build there though as the land may be contaminated/polluted or need to be cleared.

To help businesses get set up, the government will sometimes offer a Government Grant, which is effectively free money to help you start the business. It's a payment that you don't have to pay back - but why would the government do that?

To answer this, you need to think about the jobs that will be created, the income tax that will be paid, the reduced amount of unemployment benefit they will have to pay, how an area will be improved instead of having boarded up shops etc. So the government are not crazy after all!
The Business Framework