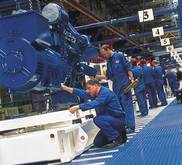 Back in the olden days, when people had jobs, the work was often split up so that each person had their own task to do. This meant that they got faster and faster at their task, which meant that the business could produce more. Breaking up a job like this is called Division of Labour. People were able to 'specialise', known as 'specialisation'.


I'm only messing when I say 'when people had jobs'. Well, kind of. The problem is that businesses want to produce more and more products and people get tired if they work too long. Old style assembly lines full of people are no longer seen as being efficient (or cost-effective), as robots have come and taken our place! 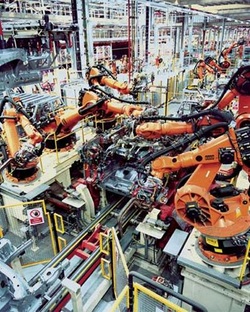 Robots automate production. But don't just think of robots as something with a head and arms saying 'exterminate!'. A robot can be an mechanical device that can carry out a task instead of a human.

Over the years, we have seen automation in lots of areas of our life, from making products, to doors opening automatically, to cash machines giving out money. For your exam, you need to be aware of the good and bad points of automation. 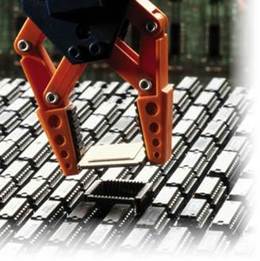 Robots, or automation, has the following advantages: 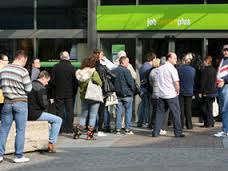 But it's not all fun, fun, fun. Automation causes us a few headaches too, such as:

Businesses are using technology all of the time to try and help them cut down on their costs and to make their business more efficient (which basically means 'run better'). The key ones that you need to know about are: