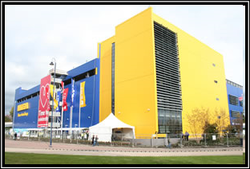 A stakeholder is somebody, or a group of people, who have an interest in a business or an organisation. They DO NOT have to actually own a part of the business. They just have to be interested in the way the business operates for some reason.

Internal Stakeholders normally own or work in the business. So people like the owners, managers, workers, cleaners etc.

External Stakeholders are people who have an interest in what happens with the business, but work somewhere else. So, groups like the local community, other shops nearby, the police, the suppliers of the business etc.

Stakeholders often have very different views and opinions. Owners want to make as much money as possible by staying open late. Workers don't want to work late. The local community don't want lorries delivering at daft o'clock in the morning, but suppliers want to make sure their products arrive in time. It's a real problem that you can write about in your exam!
The Business Framework