Trade Unions (often just called Unions) are organisations that protect the rights of workers in their jobs.

Industrial Relations is all about how the workers and the managers get along.

In this section, we'll look at what Trade Unions do for their members and also what can happen when the workers and the managers fall out. 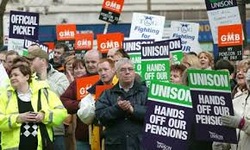 There are loads of different Trade Unions and workers in nearly every different type of job can join a union. Workers pay a monthly fee to become a member of a union and in return they will get help if they ever have any problems at work, like with their pay or being made redundant.

Each union has people who listen to the members' views and opinions at Union Meetings. These people are called Union Reps (short for 'representatives'). The 'rep' then speaks with the management to try and sort the situation out. This saves having a hundred people all banging on the boss's door! 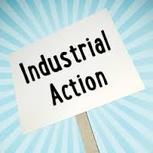 The workers in the union might meet and vote to decide that they want to carry out some form of Industrial Action to make the managers see how serious they are. Different types of industrial action are:


It's important to note that workers can only do any of the above if their Union says they can. For example, if a worker who wasn't in a Union just went on strike, they could be sacked straight away.

ACAS stands for the 'Advisory, Conciliation and Arbitration Service'. They sit down with both sides and try to make them come to an agreement that will resolve matters. It might end up being an agreement that nobody is totally happy with, but at least it gets the workers back doing their jobs and it means the company can start earning money again.
Human Resource Management