It is important for a business to produce the right amount of products, at the right price, at the right quantity, to the right quality. If any of this goes wrong, the business could end up losing money or customers. For your exam, you will need to know three methods of production and also be able to explain some of the advantages and disadvantages. 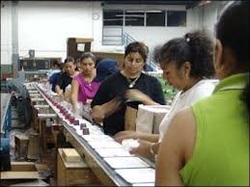 Mass Production (or Flow Production) is when a business makes lots and lots of the same product. They normally use an assembly line of workers who stand next to a conveyor belt ready to do their own small job.

We can analyse the main advantages and disadvantages of Mass Production by using the acronym 'SWIM QQ'. This stands for:

Batch Production is very similar to Mass/Flow Production. Assembly lines are used often with a conveyor belt, so that people (or robots) can carry out one small part of the production process. As with Mass Production, people can become specialised at their job, meaning that the production line gets faster and faster.

Batch Production can slow down the production process while the ingredients or components have to be changed and cleaned. This can waste valuable time, but is necessary to produce a quality product. As before, we can analyse Batch Production using our clever little SWIM QQ. 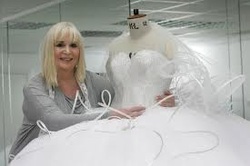 This is when something is produced one JOB at a time. The best example that I can give you is wedding dresses. Imagine if wedding dresses were made using mass production techniques. Every dress would look the same. They would be made very quickly and without much care or attention. The end product would probably look quite cheap! Now, would you (or the love of your life) want to get married in that?!

Businesses using Job Production take time over the making of the product. The workers are normally specialised in their field and may be working on their own, such as a dressmaker. The work will be highly skilled, so the person will want paying a high wage. As a result, the end product will normally be quite expensive.

Using SWIM QQ, we can analyse it as follows: